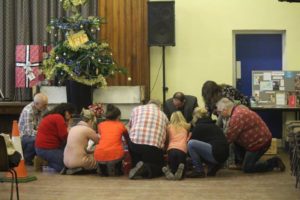 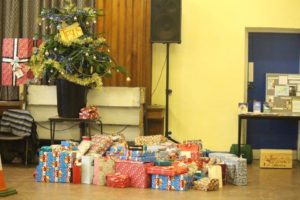 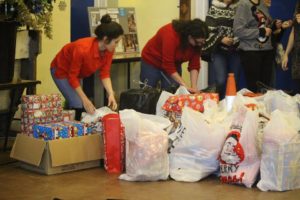 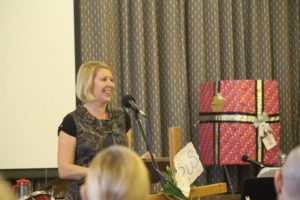 Christmas present appeal for children taken into the refuge at Christmas time or who are supported and still living in abusive homes. As a Charity it was difficult to provide these presents as well as the day to day support and they relied on  the generosity of donations.Initially the youth group for 7 -11 yrs (then called ‘Transformers’) took up this challenge and the children and their parents donated generously.

The presents were collected by the beginning of December and a worker from the Charity came to collect the presents on the evening of the youth group. They gave a suitable talk explaining to the children and their parents the work they did. As each year went by, the word had spread and those who attended or were connected with Bethany wanted to know more about this work and asked if they could also donate presents.

Since 2003 the donations have grown so much that each year Bethany donate well over 100 presents and have now included a gift for the Mother too. During the past few years on the first Sunday in December, a Support Worker comes to the morning service and collects the presents and gives a talk to update us on the important and valuable work that the Women’s Aid Refuge does for children and Mothers in abusive homes.

The Support Worker has told us that this is the highlight of the year for the Refuge and they are genuinely overwhelmed by the generosity of everyone from Bethany.